Cuir de Cordoue is the gilt leather, usually lambskin, naturally tanned, embossed, gilded and painted through a completely laborious handmade process. Due to this proceding, the artist needs to be skillful at various crafts such as sculpting moulds for the embossing or the art of treating and painting the leather among them. Most probably Fenicians were already able to tan and paint the leather, from whom Greeks and Romans learnt the proceeding. But Cuir de Cordoue as we presently know it originated in North Africa where nomad tents required great amounts of leather and expertise.

The technique was introduced to Spain during the 8th century and the Moors made of Córdoba (Spain) the center of Cuir de Cordoue production, which soon became famous all around Europe since the 11th century. In the 15th century, the technique reached Venice (Italy) and Flanders (Low Countries), and from the 16th century France, all centers where Cuir de Cordoue was widely handicraft and diverse examples still remain in castles and palaces. Cuir de Cordoue was used to upholster the interiors of luxurious rooms, as well as for altar fronts and fine furniture lined with gorgeous Cuir de Cordoue.

The most common Cuir de Cordoue upsholstered furniture were chests and trunks, chairs, and boxes. Book covers were also common and they are great example of the evolution of Moorish patterns into Gothic and Baroque style gilt leather.

Among the most significant examples of Cuir de Cordoue, we can mention the gilt leather ceilings of two rooms in the Alhambra, Henry VIII writing box, or many more than can be seen at English wikipedia and our pinterest board. 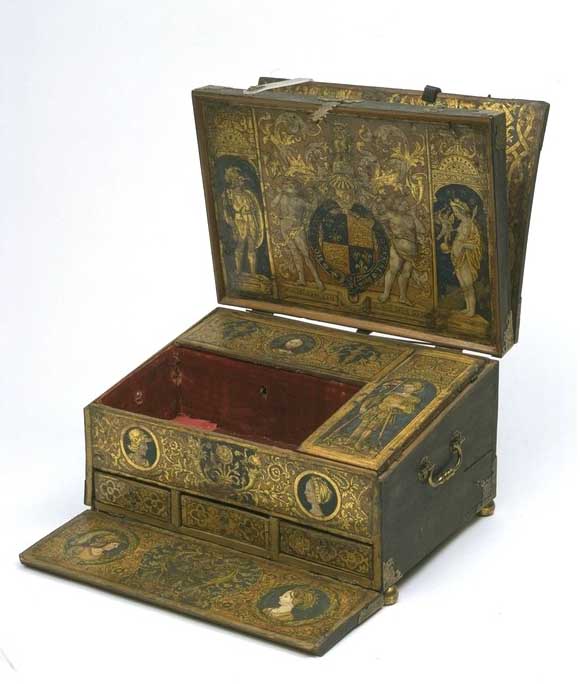 If you feel inspired by our blogpost visit our wide collection of Cuir de Cordoue furniture for sale.

Shipments of Stocked items are guaranteed during COVID-19 Emergency

How to package a fragile item for shipping