Today's topic has always been a deep passion of mine, when nature harmonizes with architecture in an aesthetic alliance: the peristyle. A significant legacy of the classical architecture from which I will share some ideas on how to implement it on your own.

The origin of the Peristyle

Peristyle is an open garden inside the dwelling surrounded by a continuous porch formed by a row of columns. As so many other architectural features the earliest houses with peristyle that we know of were found in Greece from the Classical period. Evidently it also became very popular all over the Roman Empire, mainly among wealthier Roman citizens, due to the Mediterranean climate as construction tended to be light and open rather than compact and imposing. An important purpose served by the peristyle was to provide privacy within the crowded cities, while there were few windows opening on the street, light was mainly being obtained from the peristyle garden. 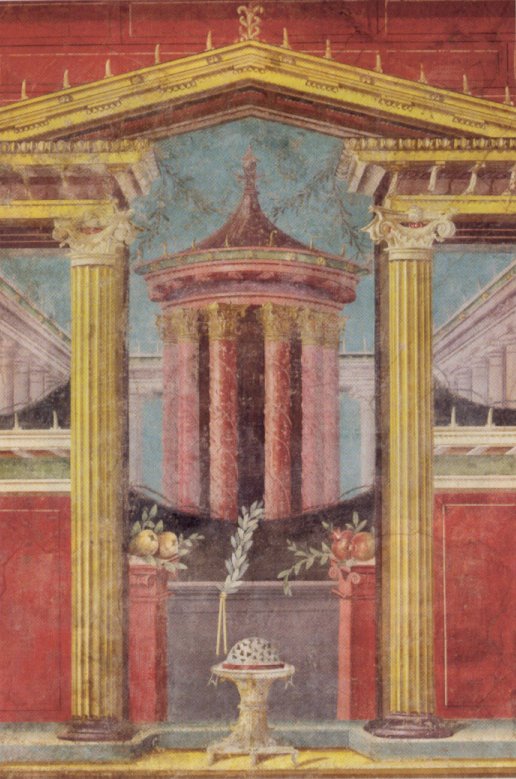 The walls of the open corridor (portico) around the garden was usually richly decorated with wall paintings of landscapes, animals or other vivid images. Usually the bulk of the peristyle was built of bricks, and the columns made of limestone except for wealthier noblemen who could afford marble pillars. Among poorer citizens it became popular to cover the brick walls with plaster and paint as it would be marble. Sometimes instead of the atrium you could find the shrine for the gods on the portico.

In the courtyard itself you could find everything needed in a placid garden: ancient roman sculptures, fountains, ponds, mosaic surfaces, benches and many plants and bushes. 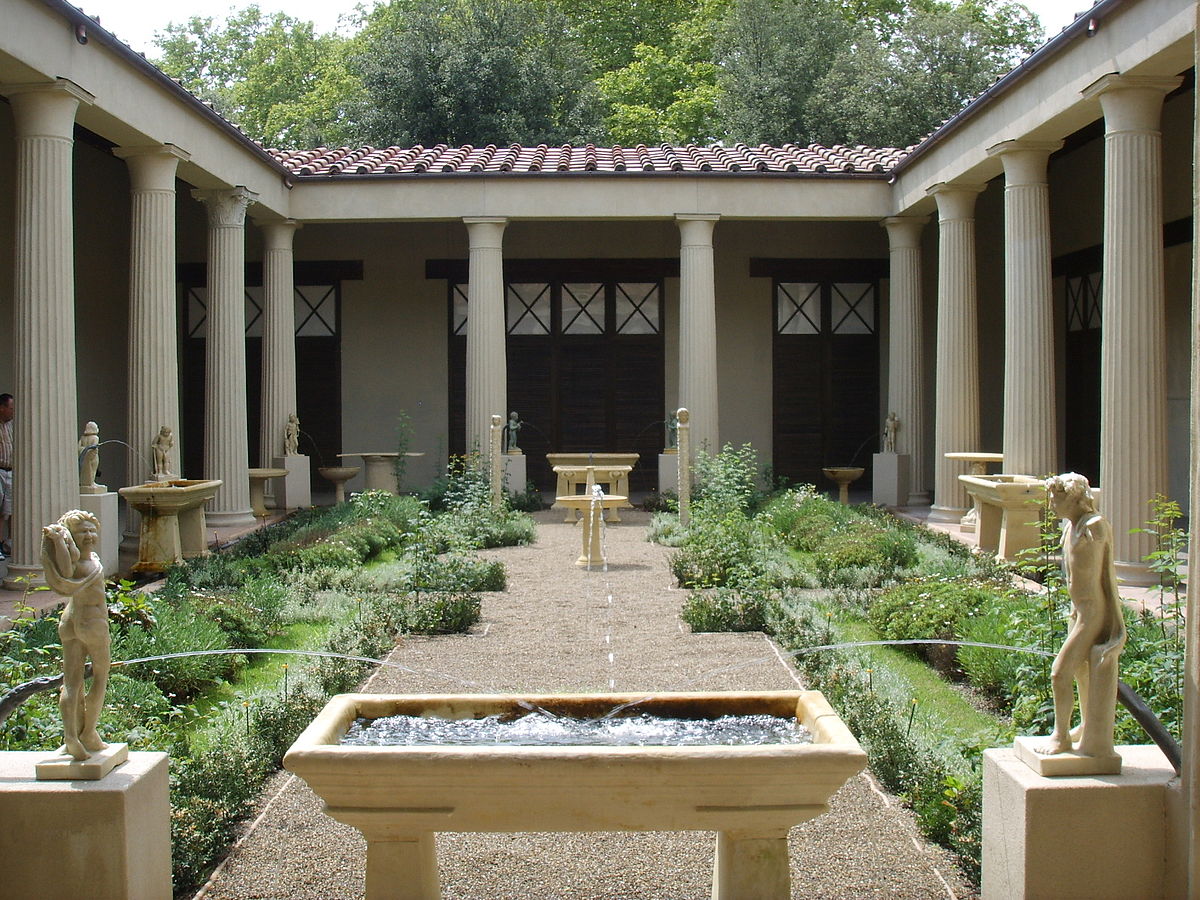 As the peristyle garden is not a common element to build nowadays, it can be difficult to imagine how you could implement these elements in your own 'domus'. The questions we could consider: Do you have a great terrace or balcony whose area is not maximally used? Do you have a sunlit corner in the living room that you would bring back to life?

At The Ancient Home you can choose from a wide range of products to decorate your peristyle garden. Check our collection of ancient Roman statues for sale, and our collections of ancient Roman mosaics, frescoes, fountains and bronze furniture that perfectly match with well situated plants all around. If you wish, send us a picture of the area that you would like to decorate and we will prepare a personalized offer for you.