The most characteristic feature of ancient Roman sculpture is the contradiction between the form of representation of the body and the head. While the head was often finished with all the signs of aging and reflecting the character of the individual, bodies were represented according to the ancient canons of classical Greek sculpture, idealized with eternal youth and strength. For the Romans, statues were a sort of symbolic simulacrum, but in agreement with the customary Roman representation of the face, more pragmatic than idealistic, and seeking the greatest realism such that helped to identify the represented person. A custom that might have been inherited from the Etruscans, but natural, considering that Romans were casting funerary wax masks after the deceased (imagines maiorum), the majority old, as identical portraiture of family members for the posterity.

Additionally, Romans were ofttimes replacing the head of a famous statue of a god with that of a Roman patrician or emperor, for example Marcellus as Hermes Logios or the famous bust of Commodus as Hercules, although there seems to have been no difficulty for the Romans to clearly distinguish between god statues and the statue of a person like a god. Nor did they ponder to remove the head of a statue from any person and replace it with another, for example when a damnatio memoriae (condemnation of memory) was carried out. A practice widely referenced in the literature of the epoch, which confirms the independence between the head and the body of Roman statuary. In general, Roman statues weren't much different from those made by the ancient Greeks, actually most were copies of the Greeks or original Roman statuary with no much variation from classical standards. However, from the second century, and especially from the reign of Constantine I, the increasing influence of Eastern art determined a gradual elimination, with some periods of recovery, ups and downs of the Classical canon, leading to the development of a more abstract and disproportionate style that would be the transition for the establishment of the Byzantine art. A great example of the variations of styles during the empire is the difference between Trajan's column (more Eastern) and Column of Marcus Aurelius (more Classical).

Roman emperor statues were presumably more idealized than others, closer to the gods, represented as religious authorities or Pontifex Maximus, or as Imperator commander of the army. However, it is during the reign of Hadrian when there it seems to be an increase of Hellenistic idealization, with the appearance of the beard for the first time in the lineage of emperors, and a new trend of emphasizing the pupils, features of great expressiveness added to the portraits of this period. Great example is Antinous, Greek youth favorite of emperor Hadrian, deified after his death and widely immortalized in the form of idealized sculptures. The decline of the empire sets the rythm towards a more archaic style of art. The most famous statue of this period is the colossal statue of Constatine the Great, of simplified features as a prelude of Byzantine and medieval art. 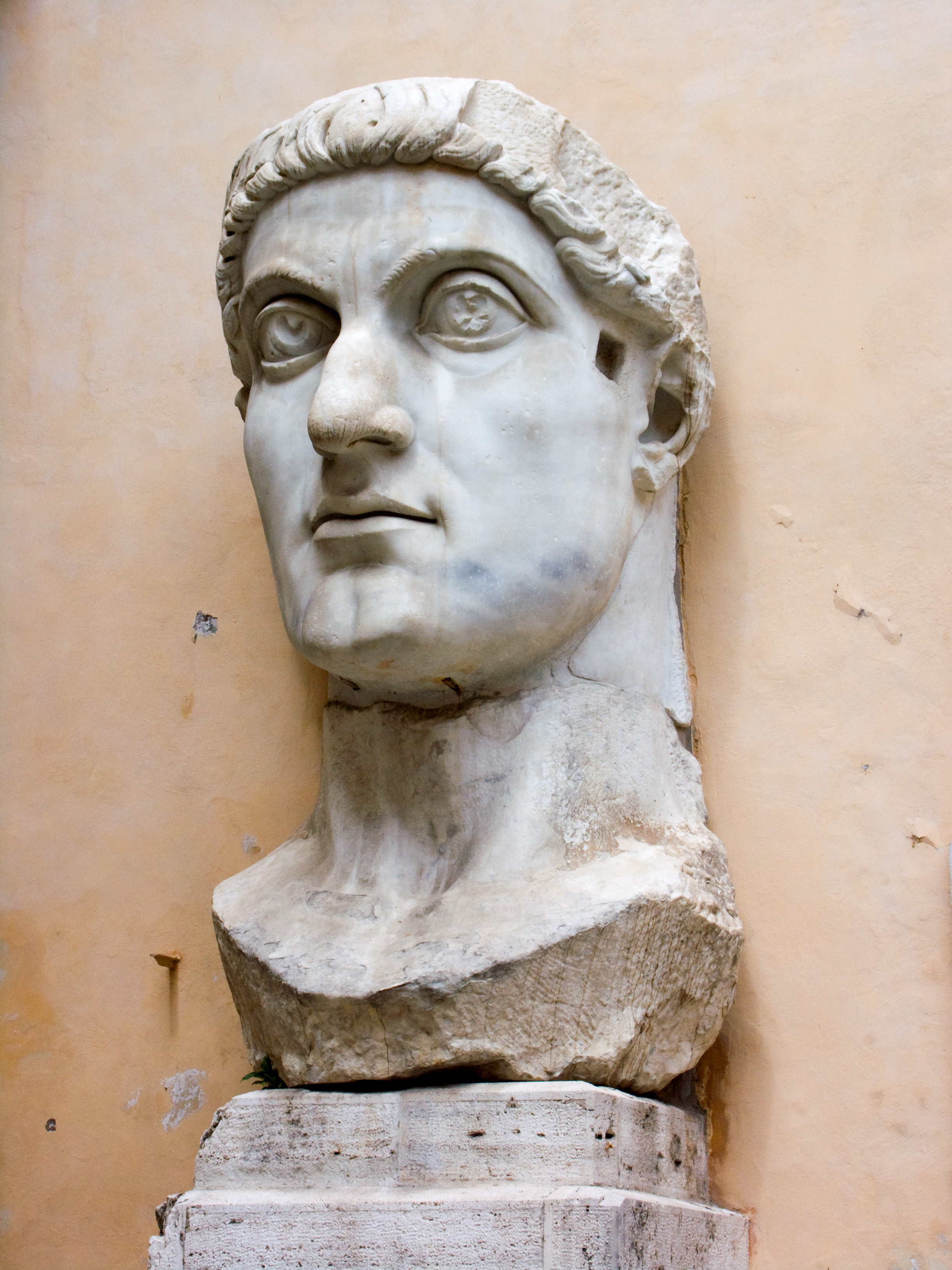